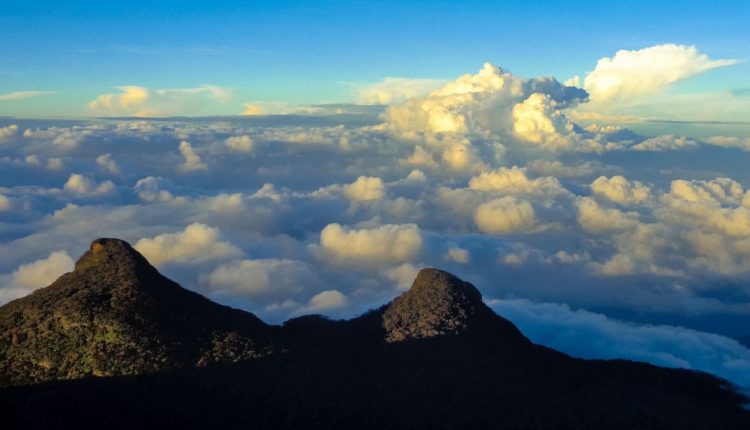 It has been Rinpoche’s ardent wish since long to build a Monastery with a Retreat Center at “Sri Pada” the holy land where Vajrayana revived. At this centre, Rinpoche says, any person with strong aspiration and dedication can engage in studying and practising Buddhism and develop a compassionate Buddha heart for a peaceful and harmonious living.

With the generous and kind support of Dr. Damenda Porage, the president of the Sri Lankan Tibetan Buddhist Brotherhood Society, he managed to acquire a land for this purpose. The site for the purposed monastery is situated amidst the Sri Pada’s lush, forested hills in Sri Lanka. The area of Sri Pada is very sacred to practioners of Vajrayana Buddhism, for it was here that the demon king Rudra was defeated by Bodhisatwa Samanthabadra, who is the protector of Buddha Dharma. For centuries, the holy Sri Pada where Sakyamuni Buddha’s holy foot print is located,  has been a center for spiritual practice. So, like many others Rinpoche considers this site very auspicious and requests all his friends and followers to support this noble and meritorious project.

His Eminence Hosel Dorje Rinpoche is one of the foremost Meditation Masters and Buddhist Scholars who was born with various miraculous signs in Dege, Eastern Tibet as an incarnate lama as well as lineage holder of the Nyingma School of Tibetan Buddhism. Rinpoche studied Tibetan Buddhism and practised strict meditation in Tibet for decades under the guidance of his father,Terton Dorjee Tsegyal Rinpoche of the Dzongmar Monastery and many other revered Buddhist Masters. Later he fled to India and continued to engage all his time doing strict meditation retreats in various caves and hermitages, teaching and practising Mahayana and Tantrayana Buddhism throughout the Himalayan regions of India, Bhutan, and Nepal, as well as other Asian and Western countries.

H.E. Wosel Dorje Rinpoche is also a living “Terton” and a Divination Master. He is known for his ability to reveal hidden treasures. A Terton refers to the one who can reveal sacred hidden teachings in Tibetan Buddhism. Rinpoche continues to display unmistakable qualities of a compassionate buddhisattva enlightened saviour working to benefit all the sentient beings. A master with few words but his accomplishments in practice and study are as vast as Buddhism itself.

Rinpoche was appointed by H.H. the 14th Dalai Lama as the Spiritual Director of the Ngakpa Monastery in Dharamasala. So he is currently leading the Monastery under the guidance of H.H. The Dalai Lama and spends all his times in teaching and practising strict meditation, ancient Tibetan rituals, rites, ceremonies for living, dying and the dead.