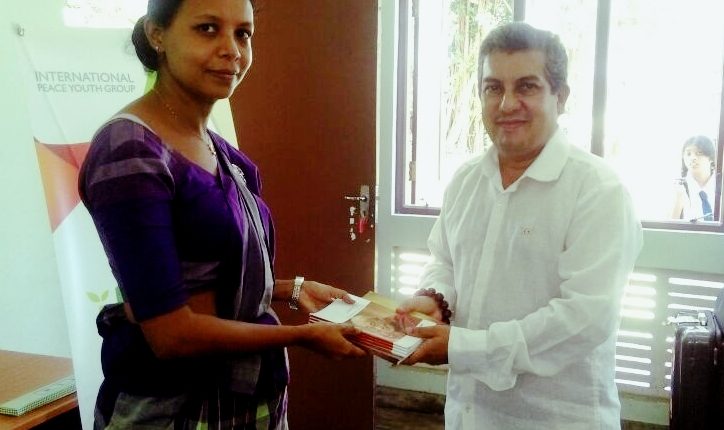 Live in Peace Not in Pieces

Dr. Damenda Porage, President of Sri Lankan Tibetan Buddhist Brotherhood Society addressed the teachers and the students. In his speech he said His holiness the Dalai Lama is the first and only Buddhist Monk who has won the Nobel Peace Prize.

Sri Lankan Tibetan Buddhist Brotherhood Society donated books written on His Holiness the Dalai Lamas biography and teachings to the peace club of the school.